I first heard about Mooji when I was in Rishikesh in Northern India earlier this year. Everyone I met was raving about his Satsangs, but unfortunately he left before I had a chance to hear him speak.

When I returned to England I went to a gig in north London to see Sam Garrett who turned out to be a Mooji devotee, his music is beautiful and he mentioned Mooji numerous times during the performance. So the seed had been sown and I knew I needed to find out more about this Mooji.  I discovered his Ashram was in Portugal and there was an upcoming 10 day silent retreat. The retreat was in such high demand that places were offered via lottery.  I entered and to my surprise I got a place.

Moojis’ ashram is Monte Sahaja in southern Portugal and every grain of sand is imbibed with love. He has created heaven on earth where those inclined can spend time to discover their true nature. The format of the retreat is to attend 2 Satsangs a day, which last around 3 hours.  It is  during this Satsangs that Mooji transmits to you the Truth. His style is wonderful, blending wisdom, humour and love and I found myself totally immersed. The rest of the day is spend in contemplation around the ashram. 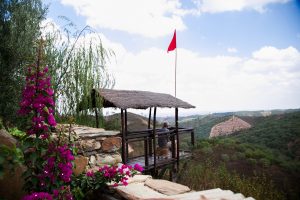 His teaching is simple and direct, simply that you are the Self and that you do not need any practices to achieve this, you need only recognise it. This appears too simple initially, but he guides you through the reactions of your mind to this Truth and as you sit in this space you begin to realise that this space is who you are, who you have always been and who you will always be, the timeless witness to the events which occur within your life and beyond.

My mind is too strong,

is the mind itself.

An illusion strengthened by belief. 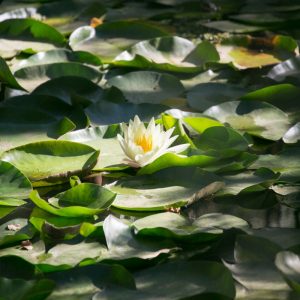 Here is a recording from one of his Satsangs